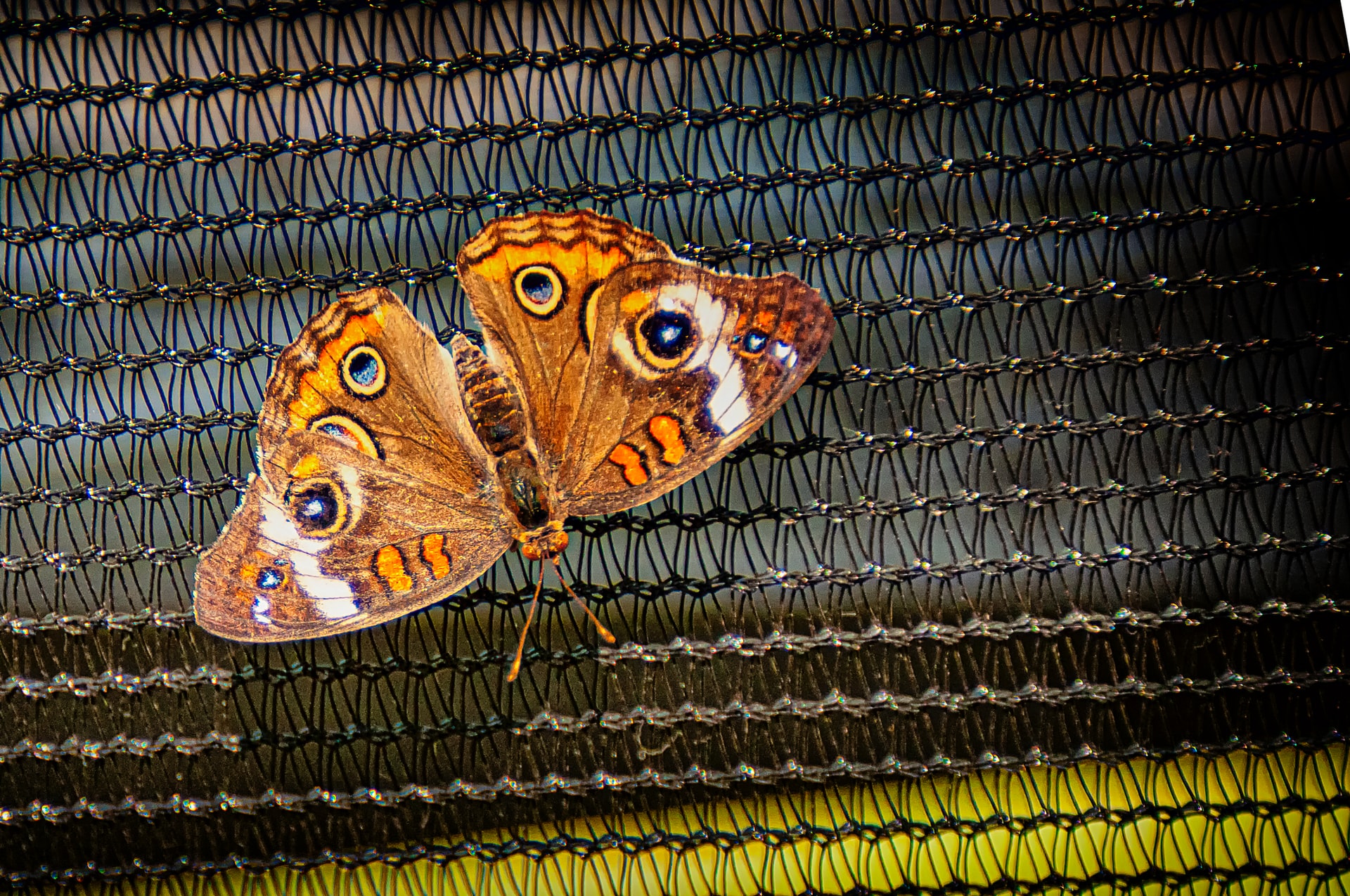 In 2018, we designed and built our first app with flutter. We enjoyed flutter not only because it was easier to develop, but for the fact that it promised a whole lot more compared to its competitors. Before flutter, we did have robust frameworks like React Native, Cordova, Ionic, and Native Script, but none of them promised what flutter did. Flutter promised us a common framework for mobile and web, but it also gave a sneak peak about the future, which was Windows and Mac. As developers come in acquaintance with flutter, we’d be able to build applications for almost any ecosystem using a common code base. Isn’t it incredible?

So, if you have never heard of Flutter, or you’re new to flutter development, this guide will tell you everything you need to know about flutter app development, and help you understand why you should or should not build your app with Flutter.

First, flutter is not a language. The language that is used to build flutter apps is Dart. Flutter is a framework developed by Google to build cross-platform applications (in iOS and Android). Flutter aims to make it easy for developers and startups to code once and use that code to publish applications on different platforms.

Flutter offers what is called Hot Reload, a huge catalogue of widgets, high performance even for low system requirements, and a solid community backing it with constant updates and development. In this guide, we’ll guide you on what flutter is, how it originated, and how entrepreneurs of all kinds are adapting it for building their ideas on web and mobile.

The Origin of Flutter and Flutter App Development

Like many famous software, flutter was conceived and developed by Google. Initially, it was an experiment where developers at Google were trying to solve compatibility problems and make it smoother. After a few weeks of development, developers at Google found that they had built something that rendered 20x faster than Chrome and that codebase had potential to be something great.

Google then created a framework that interacted directly with the CPU and the GPU which would then allow the developers to customize applications quickly and easily. This gave birth to the idea of building applications using predefined layout instructions that we now call Widgets in Flutter.

What is Widget in Flutter App Development?

Everything in flutter is, and can be created using, widgets. Everything from orientation to layout, opacity to animation, is a widget. In fact, everything in Flutter is done using widgets. From buttons to simple animations, everything can be quickly built and changed as per user requirement using widgets. It’s great because nothing has to be built from the ground up. It allows users to choose how they compose the screen over inheritance, making the app building process look like a Lego tower. For whatever you need to do, there is a widget for that. Just put them together and you create an application you like.

Google went as far as to create a number of primary widgets that can help build applications with flutter. You can find these widgets in the flutter widget catalogue, since everything in flutter is made up of widgets. The more a company learns to use widgets, the better it gets at quickly building applications for their clients.

How is Flutter App Development different from other platforms?

When it comes to mobile app development, there are many different approaches to how we can find, but eventually, everything can be summed up to native or cross platform approach. We need to see how different approaches look and work compared to Flutter. Let’s take a look at the native platforms, WebView system, and then figure out how flutter fits into the mix.

Let’s just say that Native platforms are robust when it comes to building applications for single platforms. They are stable and reliable. They come with many available applications that are deeply tested by the owners of the ecosystem. Let’s see how native mobile application development frameworks operate:

In the diagram, you can see that the application directly talks with the system. This one detail makes native frameworks the most prominent choice in terms of functionality. But that comes with a drawback. You will need to build an application with two different languages and replicate the code on all the platforms where you wish to run your application. For start-ups that don’t have enough budget, this comes along as a big problem because it will require hiring two or more developers with experience in different languages.

For example, if you wish to build an application for Android, you’ll need to hire a Kotlin or Java developer; Objective-C or Swift for iOS. Every modification that you need to make for your application will have to be replicated on both platforms and that process might end up degrading user experience. For small teams who need to quickly scale and launch their applications, this process is slow and complex. Your next option is a WebView System.

Cross platform approach, which is known to be the most productive, enables startups and enterprises to build applications for both Android and iOS from a single codebase. But unlike flutter, WebView Application Development Systems have their drawbacks.

WebView Frameworks like Cardova, Ionic, PhoneGap, and more have been prominent players in Cross Platform Development until now. They are especially good if you are only looking for a front-end solution. They are slow, and lack in performance. They are simply rendering HTML, which means, these apps are simply websites disguised as mobile applications.

Compared to every other framework, React Native is the best cross-platform framework, which heavily bets on OEM components.

With React Native, which is an advanced version of WebView Systems, we can not only create services but also build widgets. However, it lacks performance. A component could be built hundreds of times during an animation and it could slow down the system performance. This leads to many problems post launch, especially in Android, which is already very fragmented in terms of operation and build.

Flutter approaches web and mobile app development differently because the application is compiled ahead of time (AOT) instead of just in time (JOT) like in other javascript frameworks. It also completely eliminates the bridge, and doesn’t rely on OEM platforms. The custom components can use all the pixels on the screen. This means the app is exactly the same on iOS and Android.

Flutter completely obliterates the need to use the OEM approach and thus uses widgets to render the screen instead of working with canvas and events. It uses platform channels to use the services. Additionally, it is not at all difficult to use platform APIs, which is done using a quick asynchronous messaging system. This means, if you need to build an app that uses native android or iOS features, you can easily do so.

Flutter also has the possibility of creating plugins (modules), which can be used by every new developer. Simply put, with flutter you only have to code once, and use that code everywhere.

Flutter is the right choice for many mobile applications because of its many features and a few things that are different compared to other native and WebView frameworks. It is not only good for development, but also for developing great user interfaces and experiences. Here’s a short list of why you should choose Flutter App Development to build your next application. 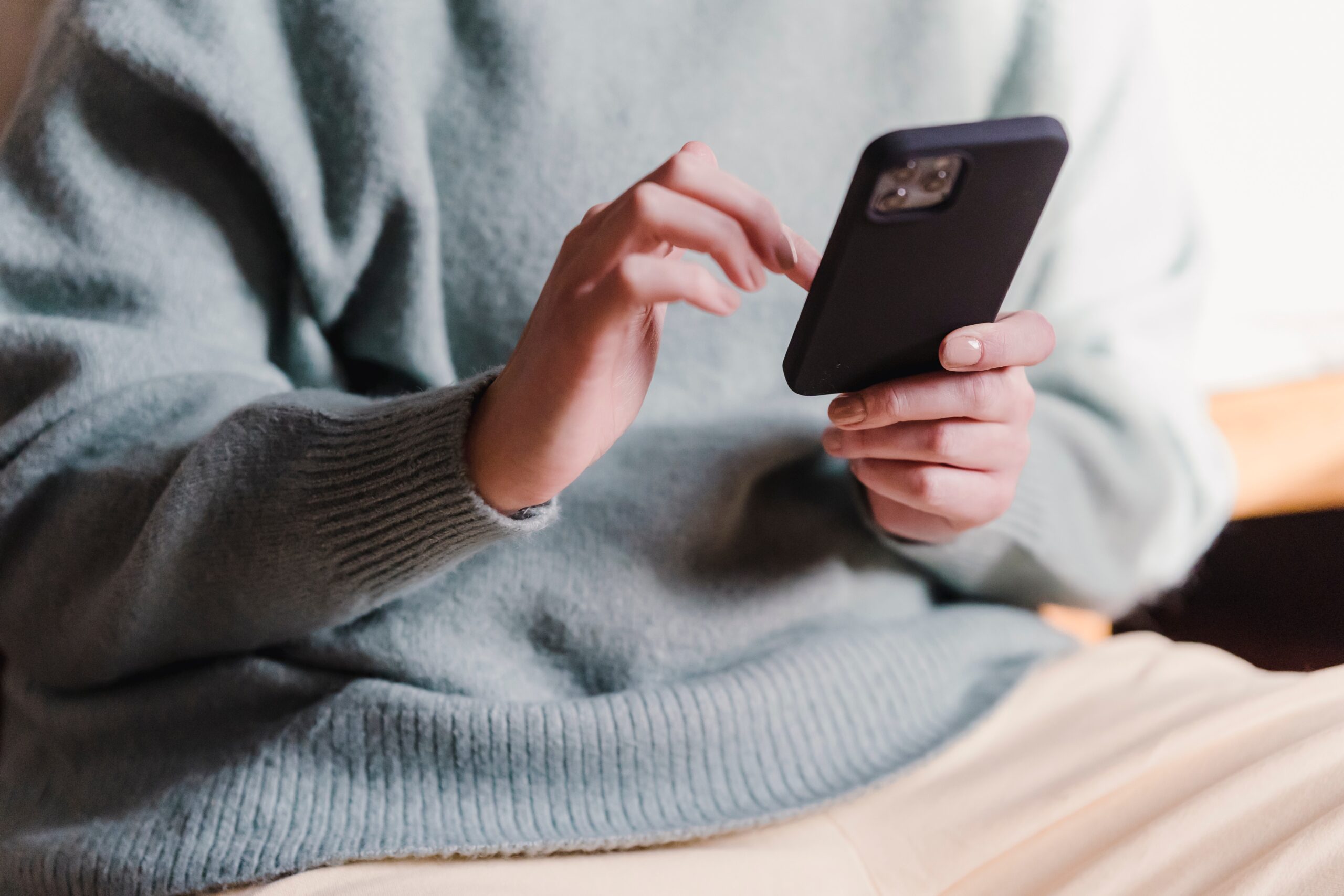 The importance of ensuring mobile app security has grown in tandem with the time individuals spend using mobile devices. An increase in mobile dangers will … 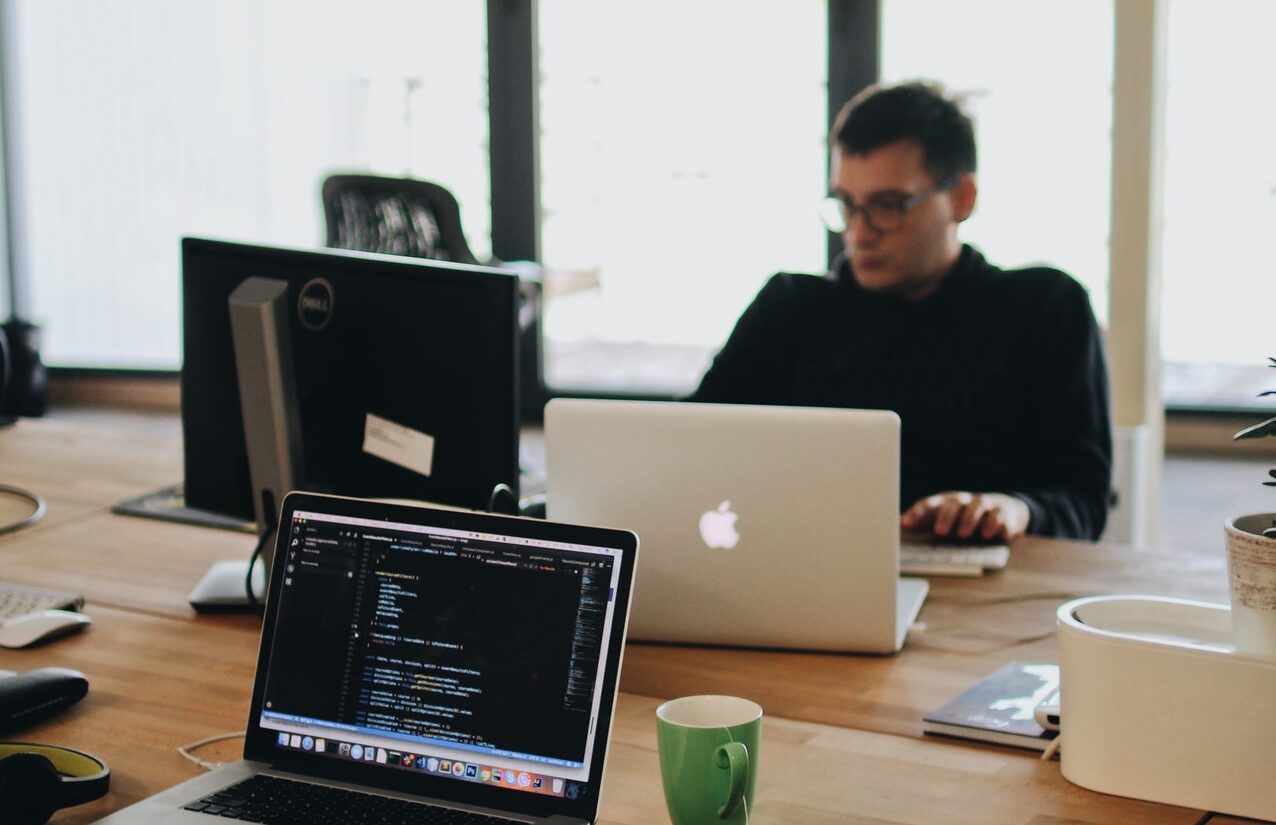 Looking for a way to make your company’s website stand out from the crowd? Discover new ways to help your growing enterprises and your customers … 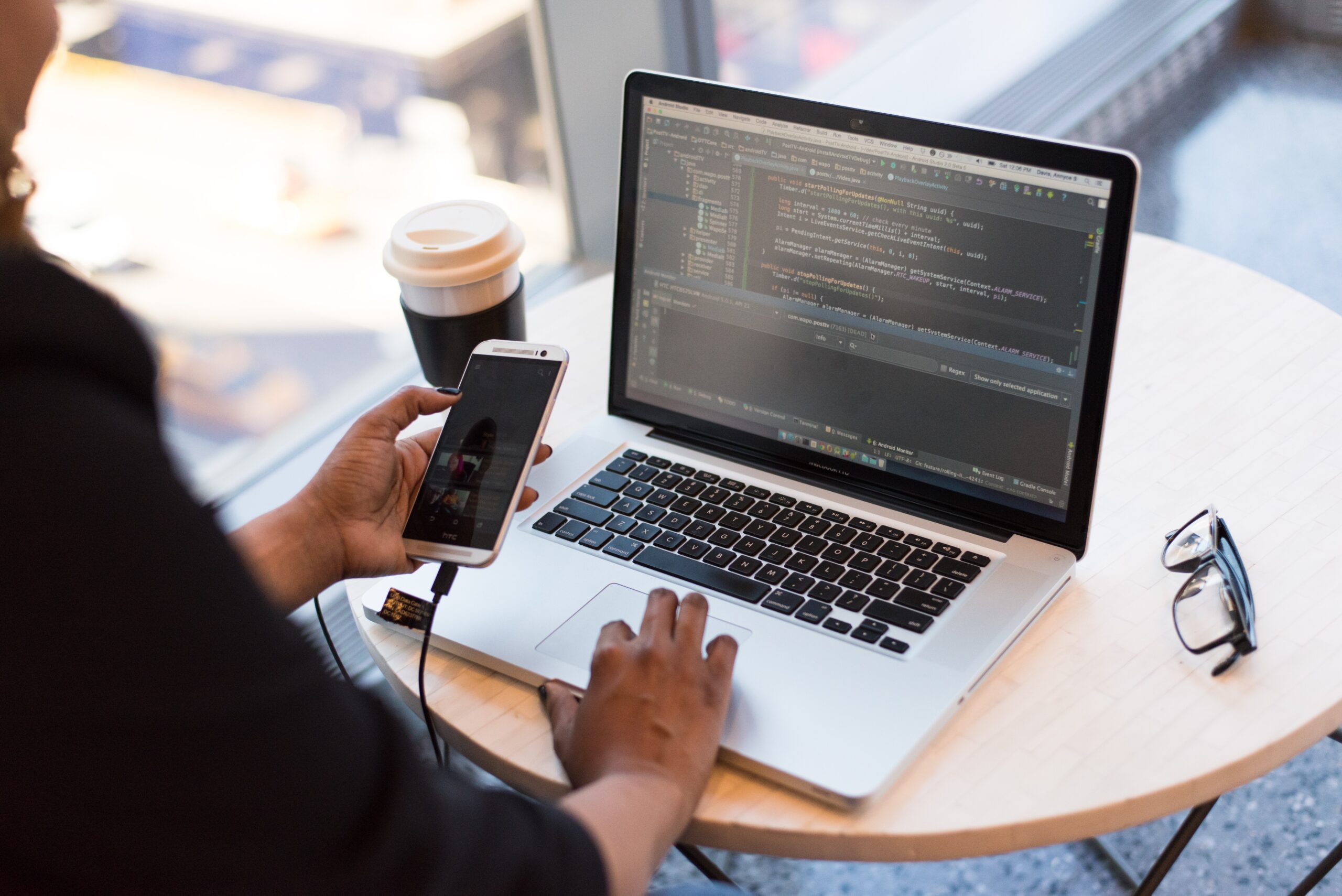 It is not surprising that businesses are apprehensive about outsourcing app development because an app is a fundamental component of a company’s product offerings, and …

Copyright 2022 | Reman Technologies | Made with ❤️ in India